The framework supports defining models using a textual editor based on the Eclipse IDE, the DPIL Modeller. The modeling tool support users through syntactic, semantic and qualitative model analysis based on the Xtext framework. Declarative DPIL models are directly executable. The execution engine is based on the JBOSS Drools framework and the Drools Rule Language, in short DRL. Therefore, In order to execute DPIL models they need to be transformed to DRL. By saving the DPIL model, the environment automatically transforms the DPIL file and generates a DRL file that can then be interpreted by the rule based execution engine. The compiled DPIL model can simply be deployed by copying it into a specified folder on the execution platform. 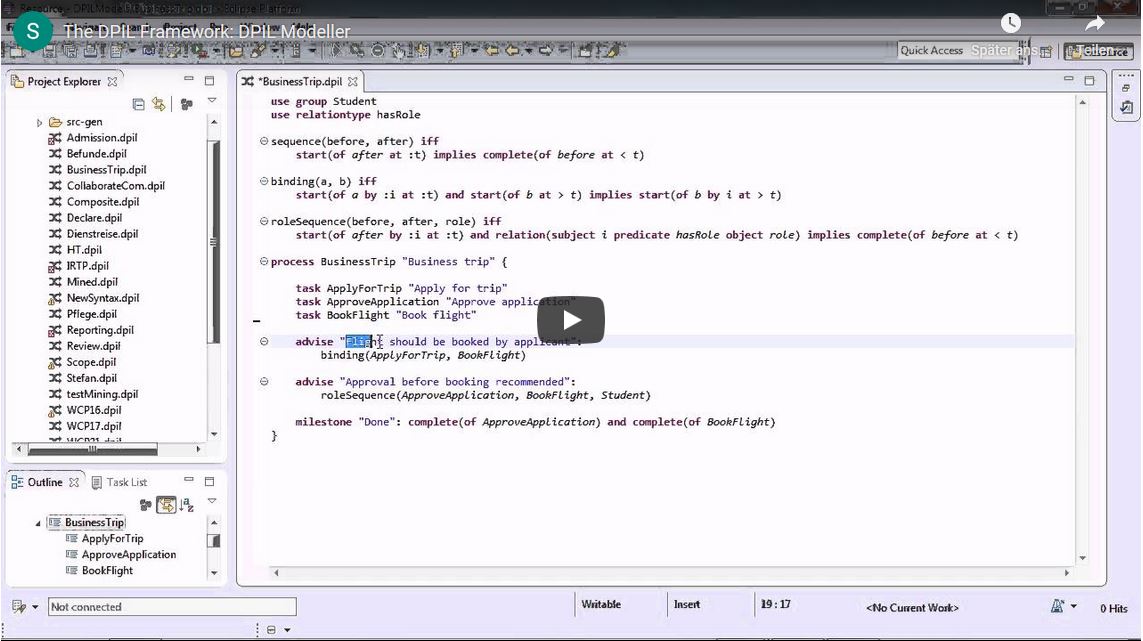